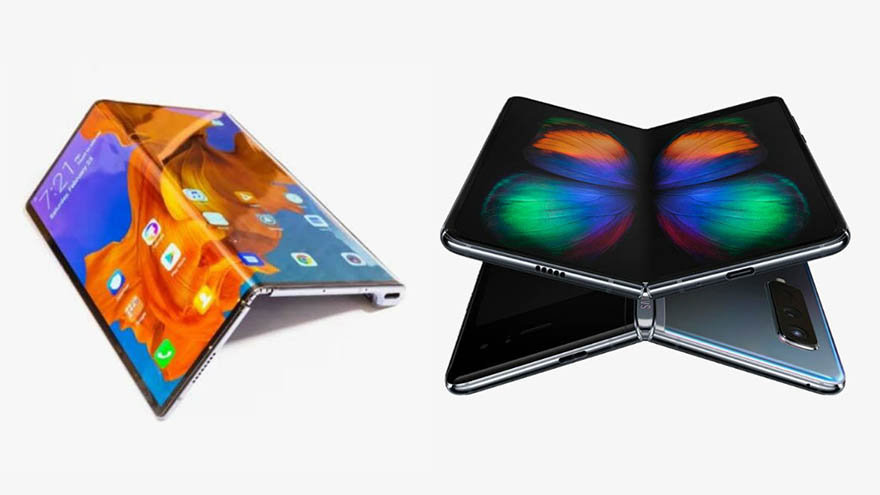 2 weeks ago, we got a glimpse into the future. Well, at least according to some phone manufacturers. Both Samsung and Huawei showed off their vision for the future, and the future is foldable. While some tech blogger praises these phones as being both innovative and ingenious, it’s fair to be a bit more skeptical about the very concept of foldable phones – at least in its present form.

One of the biggest issues for these phones is the fact that they rely on plastic displays, instead of the usual glass displays, which we’ve come to know and love from present flagship phones. Glass screens are usually a lot more durable and scratch resistant than plastic screens. It also provides a smoother surface. If you look at both Samsung and Huawei’s new foldable phones, you will notice how the entire surface of the big screens looks uneven, and kind of cheap from some angles.

Many bloggers are using the TV-Show Westworld as one of the best envisions of what a foldable phone might look like, and they tend to compare the Westworld foldable to the newly presented foldable. However, in Westworld (it seems), the screen is made from three simple pieces of glass displays, which folds in two places, giving it a much bigger, and much smoother display surface as well as an overall premium look.

The screen when unfolded also suffers from having around the same size as an iPad Mini. This size has always struggled to find a market in the past. If you want to introduce a brand new product category, which claims to be both phone and tablet at ones, it should build on the best of these two kinds of products. This is more an expensive version of the worst.

It is possible to make product categories that build on two existing products, and actually both meets and surpasses the users’ expectations. When the Microsoft Surface first was announced, it was also a sort of an “in between” product – not a good tablet, and not a good computer. But this product has evolved into one of the best and most capable tablets on the market, as well as one of our absolute favourite PC’s.

Return of the notch!

Do you remember when the iPhone X came out little more than 1,5 year ago? Samsung publicly mocked Apple and its notch in tweets and commercials. Now it seems that the very tone towards notches has changed quite a lot, given that the Galaxy Fold comes with the first ever notch on a “tablet”.

When you open the phone to use the larger display, you can’t help but notice the very large notch in the top right corner. This makes the product look and feels very much like a prototype – a prototype which you pay close to 2000$ to test. Oh, and why is Samsung using the top right corner as a dump for all their weird tech problems?

But in the end!

You have to admire the way Samsung dares to take crazy chances like this. They don’t hold back at all! They truly believe, that if you have something for the world to see you show it. Even if the product isn’t quite there yet. This is a first generation product is going to be a lot of fun to watch evolve and mature – But we’re not buying it until at least the second or third generation – or until it looks a lot more like the Westworld foldable!

U kan meer informatie vinden over welke cookies we gebruiken of deze uitschakelen in de instellingen .